Bill C-65 (Workplace Harassment) is Now Law: Do You Have the Right Resolution Processes? - Safety Driven - TSCBC
Back to resource listing 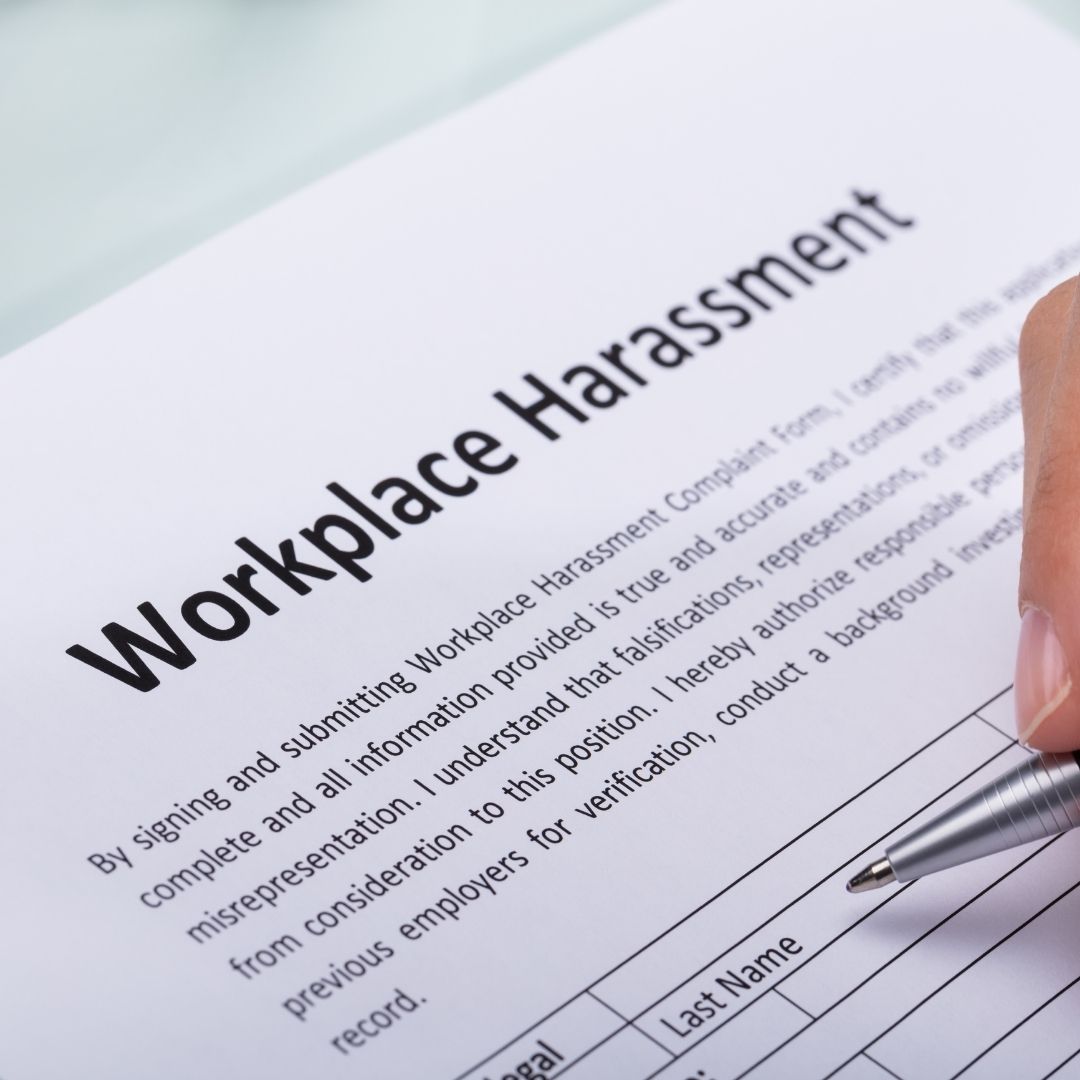 Bill C-65 (Workplace Harassment) is Now Law: Do You Have the Right Resolution Processes?

Understanding new prescribed processes for federally regulated employers to resolve a report of violence and harassment, and the role of the designated recipient

EDITOR’S NOTE: This is the second commentary in a four-part series designed to help employers navigate Bill C-65 to ensure compliance.

On Jan. 1, new regulations related to Bill C-65 came into force toward the prevention and resolution of violence and harassment in the federally regulated workforce.

The regulations have a specific requirement for employers to establish a designated recipient, who will be the person or group that receives and investigates complaints of harassment or violence in the workplace.

The designated recipient must be trained on how to do receive and handle complaints before they are assigned, with additional training every three years.

Receive a complaint, but due to the complexity of the process and the potential for mistakes to be made, we encourage employers to have a process where supervisors route the report to the designated recipient as soon as possible.

The new process required by the legislation seems complicated, as there are many specific steps and a number of new, potentially confusing terms.

An overview of the process is as follows.

Step 1: Reporting
Reports can be from anyone and can be anonymous regarding something a witness observed.

However, reports must include the name of the principal party (the person who experienced the violence or harassment) or otherwise allow their identity to be determined. If this is not done, the employer will be able to close the investigation.

Reports can be made and must be accepted verbally or in writing. If either party in the complaint is in a supervisory or management role, the complaint must go to the designated recipient.

Step 2: Initial review
The purpose of the initial review is to only determine if the notice of occurrence contains the information the employer needs to proceed, not to judge the complaint.

If the notice does not contain all the information listed in step one, the person who submitted the report (if not anonymous) should be allowed to provide the missing information.

However, if the notice does not contain sufficient information to allow the identity of the principal party to be determined, an employer is not required to take further action to resolve the occurrence and may therefore deem the occurrence resolved.

Step 3: Two sources of violence – two options
The regulations have divided all occurrences of violence and harassment into two categories: those that occur between two employees of an organization (internal violence) and those that occur between an employee and someone that is not an employee, such as a client, patient, customer, contractor, or intimate partner of a worker (external violence).

The employer must include the following details:

Note that the principal party may end the resolution process at any time by informing an employer or designated recipient that they choose not to continue with the remaining process.

While this ends formal resolution, if the nature of the complaint was partially egregious, employers may need to consider alternative steps to ensure the workplace remains safe for all workers.

Step 5: Negotiated resolution
The regulations require that within 45 days of the report, the employer or designated recipient, the principal party and, potentially the responding party (the person who has been accused), must make every reasonable effort to resolve an occurrence.

This includes serious allegations that will need to be handled with sensitivity for all parties while ensuring a swift process to an investigation and recognizing conflict that is not harassment but still requires intervention to resolve the parties’ concerns.

For example, workers should not feel that they were pressured to drop a complaint, while at the same time do not feel they were forced to confront someone who has been abusive or caused them harm.

Failure of the designated recipient to take appropriate steps can lead to improper procedures, potential complaints to government officials, and a hard time creating a psychologically safe resolution.

Conciliation: The principal party and the responding party may attempt to resolve an occurrence by conciliation if they both agree to a conciliation process and a facilitator. If an investigation is completed, conciliation must end.

Investigation: If either of the parties does not wish to move through conciliation (a conversation to explore ways to settle the dispute), then the employer may move to investigation, though it needs to be noted that an investigation must be carried out if the principal party requests it.

Once begun, if the occurrence being investigated is resolved through an alternative route, the investigation must be discontinued.

When the investigation is complete, a de-identified report will be provided that includes a general description of the occurrence, conclusions, and recommendations to eliminate or minimize the risk of similar occurrences.

In the next instalment of this series, the authors will explore the aspects of what needs to be included in an employer’s violence and harassment policy.

As a professional driver, you spend a lot of time working alone. Be sure you know wha ... t to do if you run into trouble. Each day, thousands of drivers throughout British Columbia load, transport, and unload goods, tasks that are regularly completed alone. Whether working alone is because of early or late shifts or drive time without a crew, working alone means that you are in circumstances where it would be hard to get help in an emergency or if you are injured or become ill. Employers must protect their drivers during their work shift. Drivers must also protect themselves. A journey management plan for working alone explains steps drivers need to take while in the yard, on a customer’s site, and on the roadway. One of the first things a driver needs to do on arriving at the yard is determine whether there is anyone else at the office/yard in case of an emergency. Check the parking lot for colleagues’ vehicles. If no one else is there, ask yourself what you would do if you got hurt. It’s important to know whom to contact if you were injured; it could be 911, an office staff member, a colleague, or the owner of the company. Employers should be sure to provide that direction to all drivers. Before walking into the yard, check the area where you’ll be working and conduct a site-specific hazard assessment to identify hazards that could cause an injury. Look out for items on the ground that could cause a trip and fall, and slippery areas. If the area is dark, be sure to use some form of lighting —a flashlight or light tower. Always use use three points of contact when climbing up and down on the truck cab or trailer and take precautions against a fall from a height. Once you’re loaded up, confirm your destination and the route you’ll take. Travel on truck routes and make sure dispatch or your employer always knows where you are. Employers need to know the truck routes from their yard to customer locations and make sure drivers travel on these roadways. Pay close attention to road hazards around them while traveling on the roadway, and especially if you have to stop on the roadside. Pay attention to road conditions and drive at a safe speed. Watch out for the distance between other vehicles, to make sure there is a safe stopping distance. At no point should a driver drive while distracted, such as holding a cell phone, iPad, etc. Trucking companies are well-advised to use a check-in system for drivers to make sure those working alone are safe. Ensure the success of the check-in system: • Assign a check-in contact for drivers. It could be someone at another company site, the owner, or a third-party company. • Ensure drivers know who the check-in contact is and how to contact them. • Trucking companies must ensure drivers are aware of the need for the precaution and comply every time. Employer and driver need to collaborate to make sure drivers are safe while working alone. If a driver feels at risk, they need to speak with the employer right away to ensure the hazard is removed or mitigated.

How is Your Mental Health?

When are you not “fine?” It’s part of how we talk in Canada. Someone says, “ ... Hi, how are you?” and you reply “Fine, thanks. How are you?” You don’t really want to know how someone is—you’re just being polite. And often you don’t really want to share how you are, nor should you in the course of a professional transaction or when meeting a casual acquaintance. But it’s helpful to recognize how you’re feeling and the most important person to acknowledge it to is yourself because mental health is significant to your overall health. When you are not “fine,” it’s important to get support, especially when you’re in an occupation where your mental state can affect how safely you work. What is Mental Health? The term “mental health” seems to be everywhere these days but it’s often used as a reference to mental illness or mental health disorders, so it can be confusing. Put simply, mental health is the overall wellness of how you think, control your feelings, and behave. Your body is your physical health; your brain, emotions, and behaviour are your mental health. Your physical health has variations and so does your mental health. If you catch a cold, it means your physical health has been affected but you’ll get well. Similarly, if something happens that makes you angry, it means your mental health has been affected but you’ll recover. Just as your body can develop a chronic condition, your mental health can develop a disorder. How do you know if you have one? That’s not an easy question to answer. You may have a mental disorder if you are stressed or have difficulty functioning because of changes in how you think, feel, or behave. However, cultural norms and expectations are a factor in defining mental health disorders. There is no standard measure across cultures for saying what is normal behaviour and what is a problem. In general, it comes down to how well you cope. When You’re not Fine You may think you’re just experiencing stress or having a few bad days. You may think things will change once you finish this trip, get through the holidays, have a drink. Don’t stay in that mindset. It’s true you may be going through a temporary difficulty, but it’s also true that your mental health may need a tune-up. Talk to your doctor or a mental health professional if you: • have started struggling to get through the day or can’t deal with usual problems • feel disconnected or don’t want to do regular activities, especially ones you usually enjoy • feel extremely anxious, sad, or depressed, or don’t feel anything at all • have started having extreme mood swings or anger, hostility, violent feelings/behaviour • have unusual or “magical” thinking • have thoughts of harming or killing yourself Don’t feel you can, should, or have to do it on your own. You may not be able to see the issue objectively and need to readjust your thinking or you may have a medical issue that will benefit from medication. If you’re uncertain how to get started, there are many resources available to help you take that first step. SafetyDriven has offered several free digital resources related to mental health. A well-received webinar on April 28, 2021, Mental Health—A Man’s Perspective presented the insights of a truck driver who faced mental health issues head-on and a professor of psychiatry who recognizes the difficult circumstances truck drivers face. The webinar is available for viewing. Other helpful resources: • HeadsUpGuys • British Columbia Municipal Safety Association • Canadian Mental Health Association • Centre for Addiction and Mental Health Don’t just get along with the voice in your head. Control what it says.