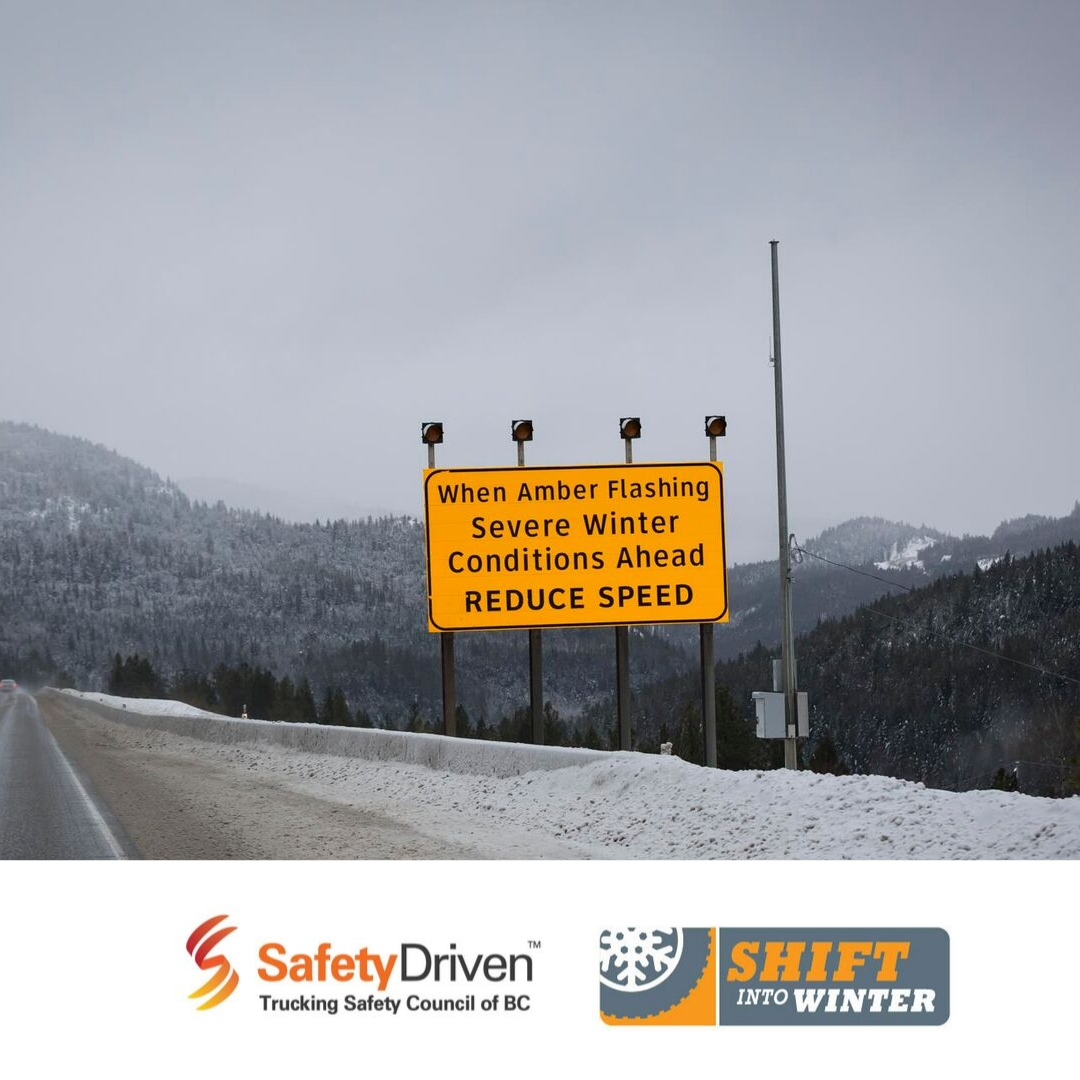 The B.C. government has placed stricter regulations on commercial drivers.

VICTORIA, B.C. – The B.C. government has placed stricter regulations on commercial drivers when chaining up and includes all vehicles over 5,000 kg.

The move follows two other highway safety enhancements – reduced speed limits on 15 highway sections and restricting commercial trucks from the left-hand lane on Snowshed Hill on the Coquihalla – announced recently, and is intended to improve heavy-duty vehicle performance during winter conditions.

“Last winter, 33 of 35 extended closures on the Coquihalla involved commercial vehicles, and in most cases, this was due to truck drivers either poorly installing chains or not using them at all,” said Claire Trevena, Minister of Transportation and Infrastructure. “While most drivers do chain up during winter weather, these new regulations and the stricter fines that will follow will improve safety and hopefully reduce the number of closures.”

Prior to the change in regulation, only vehicles over 27,000 kg were required to carry and use traction control devices, with only one wheel needing to be chained up when mandated.

The new rule states: Vehicles less than 11,794 kilograms – like buses or five-ton trucks – must use chains on a minimum of two tires and can use steel chains, cable chains, automatic chains, socks or wheel sanders, if not equipped with winter tires; and, vehicles 11,794 kilograms or more must use steel chains, and the number of tires needing chains ranges from a minimum of two tires for vehicles without a trailer, to six tires on some larger and more-demanding configurations.

The B.C. Trucking Association (BCTA) had voiced its desire for stricter chain up regulations to Truck West when addressing the left lane ban on Snowshed Hill.

“While the intent to maintain a clear path in the left lane is laudable, this pilot does not address the primary cause of highway closures during severely inclement weather, which is the failure of some drivers to chain up,” BCTA president and CEO Dave Earle said at the time. “Unless this pilot is accompanied by significant regulatory change and increased enforcement, we are concerned that all the pilot may do is ensure it is only commercial vehicles trapped behind those few drivers who refuse to comply with the law.”

B.C.’s Ministry of Transportation and Infrastructure said it recognizes the short notice of this announcement and will act accordingly when it comes to enforcement.

Commercial Vehicle Enforcement officers will provide education and information to drivers over the next few months prior to stricter fines being issued.

“The BCTA supports the government’s enhancements to commercial chain-up requirements, including the stiffer fines for those not compliant,” said Earle. “Safety of our drivers and all road users is our first priority.”

The amount of the fine is yet to be determined; previously, drivers faced a base level fine of $121 for not carrying or installing a chain when required.

The ministry conducted a survey with industry and stakeholder in June 2018, which found that 70% of commercial drivers approved of the enhanced chain up regulations. Over 90% said they were compliant with current laws, and 80% had the tools and training in place to implement the proposed regulations.

Visit TranBC.ca for full details on What You Need to Know About Stricter Chain-up Rules.